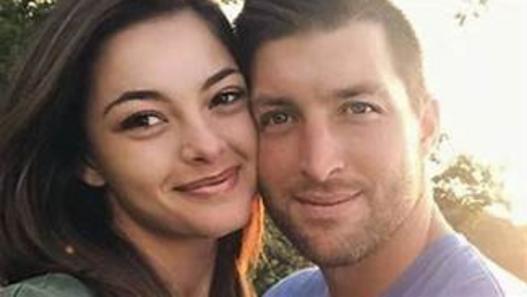 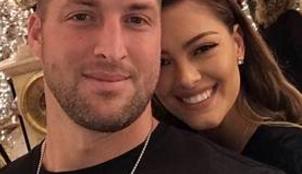 Former football star Tim Tebow wants the world to remember those it too often forgets -- children who are trafficked in the dark corners of society far from the limelight in which he has walked.

On Monday, Tebow stood shoulder to shoulder with Attorney General William Barr and White House adviser Ivanka Trump at a Georgia forum to denounce human trafficking and announce a new federal effort to combat it.

“There are 40 million people around that world who need us. They need us to say, ‘No longer is it about the credit; it’s about the mission,'" he said, according to WSLS-TV.

"No longer is it about, 'Well, we’re not going to work from Florida to Georgia or from right to left," the former Florida Gator said. "We’re going to all rally together to be able to push back this darkness and push back this evil."

Tebow was joined by his wife, Demi-Leigh, in Atlanta. He said the issue of human trafficking became more than a concept when his father took the risk of rescuing four girls while overseas on a mission trip.

“You know, the reason why we got into this was because eight years ago, my dad was preaching in a remote country and there were four girls that he was next to that were being sold," Tebow said.

"And he took out all the money out of his wallet, which was $1,250, and he bought those four girls. And then he called me and said, ‘I just bought four girls and not really sure what to do now.’ And I said, ‘That’s OK, Dad. We’ve got your back.'"

Tebow's foundation battles human trafficking, noting on its website, "It has been estimated that as often as every two minutes around the world, a life is being bought and sold as if it were merely a commodity to be traded.

"Human beings -- image-bearers of God -- are being captured, exploited, and bound as modern-day slaves."

The foundation notes that its goals are "to create and support programs to preserve and strengthen the family unit" by "partnering with those executing physical rescue missions and those providing for the immediate needs of survivors."

"We are deeply committed to supporting survivors’ long-term recovery through communities of care, providing them with tools for physical, mental, emotional, social, and spiritual healing; thus empowering their liberation from the cycle of trauma abuse in their lives and find their new life of freedom in Christ," the foundation said.

During the human trafficking forum on Monday, Barr said that during the 2020 fiscal year, which begins Oct. 1, the federal government will be awarding more than $100 million in grants to fight human trafficking, according to The Associated Press.

“This is one of the top enforcement priorities of the department and we’re on the forefront of this fight,” Barr said. “It’s only by cooperating with all our partners, our state and local partners and those in the private sector that we’re going to be able to make any progress and ultimately end the victimization of those boys and girls."

“The governor and the first lady here have been second to none in the nation in taking this fight on and working closely with the federal government, and I really appreciate that,” Barr said, according to PBS.

Trump said her father, President Donald Trump, “is committed to combating this crime, committed to bringing justice to the victims -- to their families -- and committed to holistic healing that is so necessary for the brave survivors," according to the Atlanta Journal-Constitution.

She noted that the U.S. Marshal Service recently rescued 39 missing children in Georgia.

Kemp said that will not be the end of the efforts to support the victims of human trafficking.

“I can promise you we will stay in the fight to end modern-day slavery with all of the folks at this table and those who are not and that are out there working away right now," the Republican governor said.