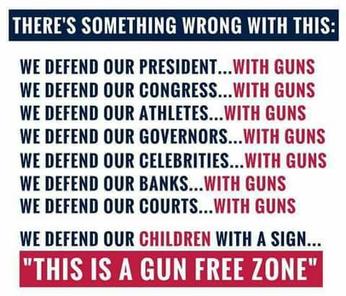 NEW FROM THE NEW YORK POST: it's digital heroin:

This week, three professional academics – James Lindsay, Peter Boghossian, and Helen Pluckrose – revealed to the Wall Street Journal that they have spent that last year engaged in an ongoing hoax. They have submitted multiple fictitious studies to some of the most respected journals in the field; to their surprise, seven of them were accepted by the academic establishment. It is not a coincidence that these papers were written in the fields of race, gender, sexuality – what the academics themselves refer to as “grievance studies.”

THE MOST IMPORTANT HISTORY LESSON YOU WILL EVER HAVE!
America's Christian Heritage // Independence Day 2018 -

Our Gov. is now assuming our children belong the them.

Webmaster: this article is from a Liberal author; has a Liberal slant.

Alabama Education Official Warns Of 'Homosexualist' Common Core TakeoverAn Alabama Board of Education member is drawing criticism for making a number of outlandish claims about the Common Core during a recent GOP luncheon.
She also thinks coloring books are indoctrinating children to do "transgender stuff,   by Mollie Reilly
The Huffington  Post
Betty Peters, the state school board member for District 2, in the southeast part of the state, spoke at a meeting of the Republican Women of Coffee County Oct. 21 during which she espoused views on the Common Core, "transgender values" and the "homosexualist" takeover of education in Southern states.

Peters tore into the Common Core standards as an example of federal overreach and claimed the program allows "homosexualists" to influence schoolchildren, The Southeast Sun, a newspaper based in Enterprise, Alabama, reported this week.

“I understand Alabama, Arkansas, Mississippi are the three Southern states targeted by the radical, left, homosexualists to change our students’ perspective,” Peters said, according to the Sun. “We have gone past gay, lesbian and bisexual and we're now into gender fluid spectrum.”

When asked to clarify why she believes Southern states are being targeted by liberals and the LGBT community, Peters said in an email that she did not have time to reply in detail, but sent The Huffington Post a link to this article.

The Republican Women of Coffee County did not immediately return a request for comment.

Alabama's education board approved the Common Core in 2010. The educational standards, aimed at improving math skills and literacy nationwide, are a frequent target of conservatives who have often claimed the program is a liberal scheme to nationalize education.

Peters also made a puzzling critique of the Southern Poverty Law Center, a national hate-group watchdog. According to Peters, the group is distributing coloring sheets featuring different clothing items and asking children to color in which clothes they want to wear in an attempt to "teach tolerance for transgenderism to four to eight year olds."

“The Southern Poverty Law Center is going to be developing your children or grandchild or neighbors’ children into little social activists for social justice, as they define it, or else transgender stuff," she said. "You will notice these are called outfits. I have never asked my son or my husband what 'outfit' they are going to wear. This is just crazy. I think all this stuff is mainly written by whacky feminists."

"It read just like an article from The Onion, only it really happened," Equality Alabama spokesman West Honeycutt wrote in an AL.com op-ed.

Peters, who has served on the state school board since 2003, previously made headlines for her controversial call to remove a novel by Nobel Prize winner Toni Morrison from school reading lists, claiming the book was pornographic. 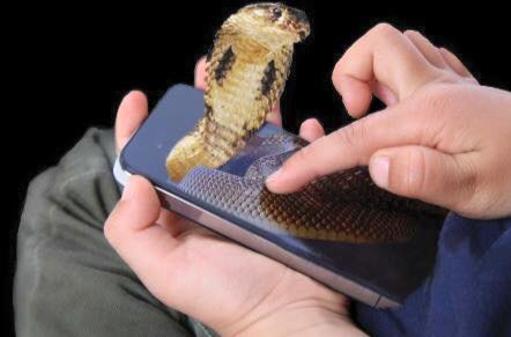 OUR CHILDREN VS SMART PHONES AND OTHER DEVICES OF SATAN

Now I sit me down to school
Where praying is against the rule,
For this great nation under God
Finds public mention of Him odd.

Any prayer a class recites
Now violates the Bill of Rights.
Any time my head I bow
Becomes a federal matter now!

Teach us of stars or pole and equator
But make no mention of their Creator.
Tell of exports in Denmark and Sweden
But not one word on what Eve did in Eden.

In silence alone can we meditate,
And if God should get the credit, great!
This rule, however, has a gimmick in it;
You’ve got to be finished in less than a minute.

So all I ask is a minute of quiet,
If I can work a prayer in, then I’ll try it.
If not, O Lord, this plea I make,
Should I die in school, my soul you’ll take.

Nearly Every Mass Shooting In The Last 20 Years Shares One Thing In Common, & It's NOT Weapons

PROFESSORS WHO ARE CHILD-PORN MONSTERS

Feds Want to Convert Your Children Into Islam (video)

BIBLE TEACHING REMOVED  IN SCHOOLS IN 1973

Our children come to us as sweet innocent packages from heaven. It is our responsibility to protect them soul, mind, and body. Their minds are an empty slate we must fill with the wonderful fruits of God’s spirit—love, joy, peace, patience, gentleness, goodness, faith.....

The devil has many schemes to get in our children's minds. He tried plopping the TV in the center of our living room. We were wiser than that. We refused it! He tried infiltrating our educational system: we saw right through that and many of us educated our own. Our computers we placed in clear site with the best Internet protection we could get on them. We screened their books when they went to the library. We keep then away from people that would be a bad influence on them. I'm glad we have been wise enough to see the Devils schemes.

Now we are facing new pressures. We are afraid our children will be thought of as square, deprived, and for mercy sake! "behind the time.” We want them to have the 'status quo' iPhone or Galixi - the latest version that is out. So we put it in their hands. They stick it in their pocket. Off they go. With the wonderful protection that they can call when they get in trouble.

Can we please wake up? It is a snake in their hand ready to fill their minds with all kinds of deadly poison. 2 Cor. 6:17 -18. “Wherefore come out from among them, and be ye separate, saith the Lord, and touch not the unclean thing; and I will receive you, And will be a Father unto you, and ye shall be my sons and daughters, saith the Lord Almighty.” God wants us to separate from evil: not bring it in our home or expose our children to it.

I am tired of seeing children glued to their phones while their family relationships are crumbling. Not to mention all the social graces they could be learning. I'm tired of hearing about sweet innocent teenagers that have been caught up in Prom, or being groomed by a predator. It brakes our heart to hear of those that have been raped and killed.

Pornography is the fastest growing industry in the world! The average age that boy first clic is 8 years old. It is an addictive! It is worse than drug addiction, because with drugs you can return to the same drug to get the high. But with porn it always requires a deeper and darker level to get its high. The image won't do any more; they want our children. In our small town, we visited with a detective who is not a Christian but he voiced very strongly that he knew the world would be better off if the Internet had never been invented. Evil has exploded because of the Internet.I guess there's nothing wrong with a having a phone to call your mom,since the times are changing. But the internet ,society has lived without it for the past 6000 years, I think our children could do without it. Why would we put in their hands what we have always screened at home? Why would we let them have contact with people we don't know? Is technology running away with our childern. I think we better keep up with' the times', so we can protect our childern. Isn't that why they have parents. If you wouldn't put a poisonous snake in their hands, then don't put the Internet in their pocket

Amy Loper of Cedarville, New Jersey was enraged after reading her eighth grader’s homework assignment. The homework, given to him in his language arts class at Powell Elementary, asked him to write about a scenario that included explicit descriptions of drinking and sexual promiscuity. -

I read in the papers a while back some teachers come across a survey that was sent out back in the thirties to a number of schools around the country. Had this questionnaire about what was the problems with teachin in the schools. [...] And the biggest problems they could name was things like talkin in class and runnin in the hallways. Chewin gum. Copyin homework. [...] So they got one of them forms that was blank and printed up a bunch of em and sent em back out to the same schools. Forty years later. Well, here come the answers back. Rape, arson, murder. Drugs. Suicide. So I think about that. Because a lot of the time ever when I say anything about how the world is goin to hell in a handbasket people will just sort of smile and tell me I’m gettin old. That it’s one of the symptoms. But my feelin about that is that anybody that can’t tell the difference between rapin and murderin people and chewin gum has got a whole lot bigger of a problem that what I’ve got. - See more at: http://unfilteredpatriot.com/8th-graders-given-sexually-explicit-
READ THE WHOLE ARTICLE:

Well now the same leftists who control the universities have turned their sights on our K-12 schools.