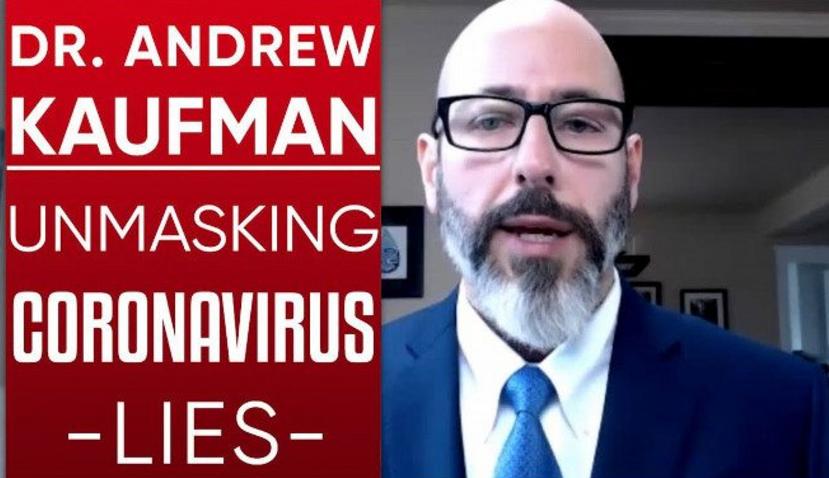 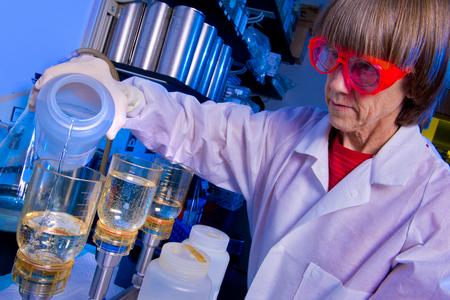 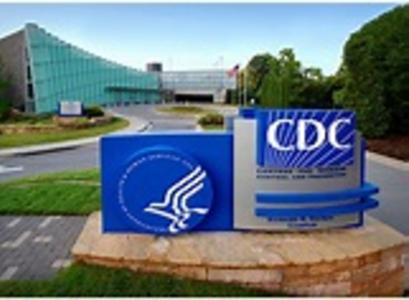 THE REAL CAUSE OF AND CURE FOR CORONA COVID-19

Leading U.S. scientist Dr. Judy Mikovits revealed that she was in cooperation with the FBI relating to Dr. Anthony Fauci. Dr. Mikovits is a research pioneer and divulged how the investigation focused on the National Institute of Health, where Fauci was an employee.

It is alleged that Fauci was under investigation for stealing scientific research and covering up contaminated vaccines. He was also accused of giving out grants to cronies and being an overall nightmare to work with.

Dr. Mikovits unveiled her experiences in dealing with Fauci’s control while researching for three decades on the Thomas Paine Podcast. The allegations of fraud and abuse at the hands of Fauci eventually helped start an investigation by the FBI.

While Dr. Mikovits cooperated with the FBI through 2014, she now accuses the FBI and the Justice Department in enacting a monumental coverup to protect Fauci and his collaborators. Dr. Mikovits says the probe uncovered medical scams and other endangerments to the American people.

It just so happens during this time that James Comey was in charge of the FBI, and it was Eric Holder’s Justice Department. This was all under the ruling of Barack Obama’s White House Administration.

Are these details and allegations enough to warrant new federal investigations into Dr. Fauci? In a rational world were truth and justice reign, yes. But in our corrupt society, it seems sadly unlikely.

Some are referring to Dr. Mikovits as a modern-day Rosalind Franklin. Due to her work in her doctoral thesis, the treatment of HIV-AIDS was evolved, and millions of lives were saved. She spent two decades working at the National Cancer Institute and has seen the best and worst aspects of the scientific community. Dr. Mikovits relayed that Fauci stole her leading proprietary research on two occasions.

In the 1980s, Dr. Mikovits was searching for the root of Chronic Fatigue Syndrome. She discovered that over 65% of women affected carried a virus called Xenotropic Murine Leukemia related Virus (XMRV).

XMRV is also linked to breast, ovarian, prostate cancers as well as multiple myeloma. A staggering amount of children born with autism had mothers with XMRV. Dr. Mikovits’ findings shown a light on the possibility that the XMRV virus was found in the Polio, MMR, and Encephalitis vaccines, which were given to American soldiers and children.

XMRV is very easily transmittable and can contaminate other surfaces or tissues by just being in the same room.

Dr. Mikovits claims that Fauci commanded her not to expose this and illegally took her notes and hard drives. She further says that he stopped her from getting grants, which greatly halted her scientific career.

XMRV is still used in American vaccines to this day.

If the alleged FBI coverup is true, it is just another layer of evidence supporting the widespread corruption of top federal agencies. The mainstream media and aspects of the government cover up the truth, and it falls to grassroots Americans to shift through the deceit. 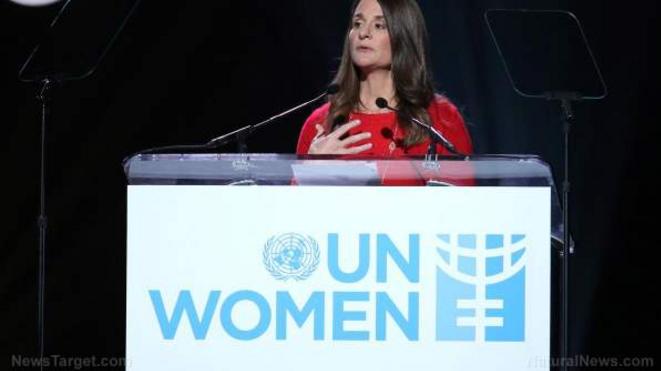 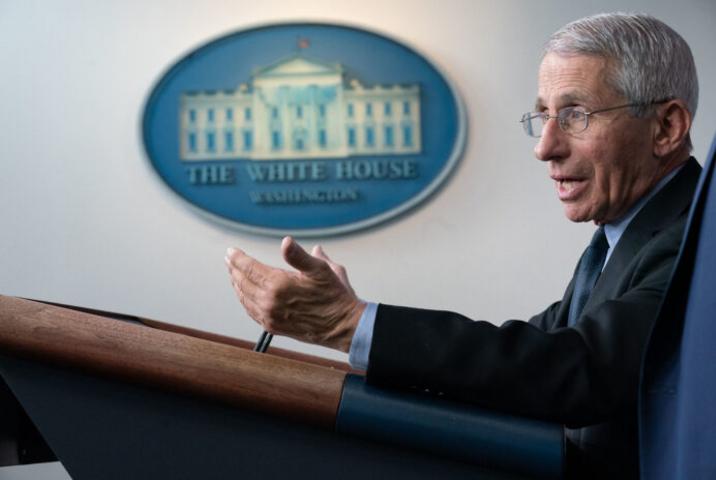 They Want To Genetically Modify Us With The COVID-19 Vaccine 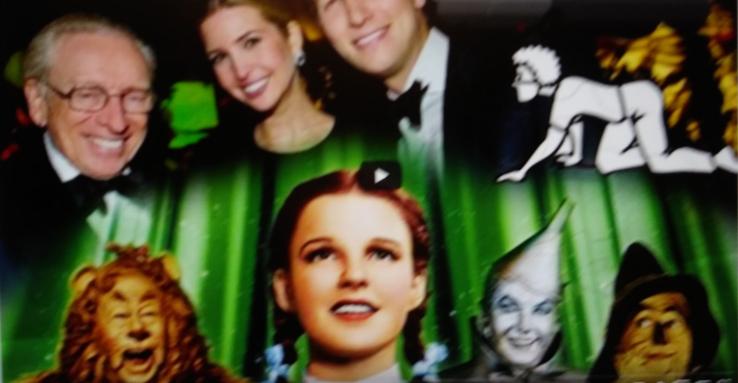 The CDC is a Vaccination Co. working with WHO, Bill Gates and Big Pharma.  (video)

(Natural News) In the aftermath of a stunning incident in which both The Lancet and The New England Journal of Medicine (NEJM) were forced to retract a study that used laughably faked data to try to destroy the credibility of hydroxychloroquine (and get clinical trials cancelled around the world), details of a secret conversation have leaked, documenting a phone call between the editors of the journals, during which Big Pharma is described as a “criminal” enterprise that’s pushing junk science while rigging studies with altered data.

This stunning admission reveals that even the editors of “prestigious” science journals are well aware that Big Pharma is a corrupt criminal enterprise. And they know the game is rigged, the data are faked, and the medical journals are nothing more than Big Pharma puppets that parrot junk science to push high-profit prescription drugs and vaccines.

As you can hear in the audio below — French audio with English subtitles — Richard Horton, the Editor-In-Chief of The Lancet, says:

“Now we are not going to be able to, basically, if this continues, publish any more clinical research data because the pharmaceutical companies are so financially powerful today, and are able to use such methodologies, as to have us accept papers which are apparently methodologically perfect, but which, in reality, manage to conclude what they want them to conclude.”

Paraphrased, this means Big Pharma can rig any data necessary to achieve publication of junk science in the journals.

This has all come to light via an individual who participated in a “closed” phone call, and who describes what he heard, including the assertion by journal editors that Big Pharma is a “criminal” operation (which is exactly what we’ve been reporting for nearly two decades).

May 24, 2020: Philippe Douste-Blazy, Cardiology MD, Former France Health Minister and 2017 candidate for Director at WHO, former Under-Secretary-General of the United Nations, reveals that in a recent 2020 Chattam House closed door meeting, both the editors of the Lancet and the New England Journal of Medicine stated their concerns about the criminal pressures of Big Pharma on their publications. Things are so bad that it is not science any longer.

Of course, readers of this website are not surprised at all to learn the Big Pharma is rigging science papers with fabricated data to push dangerous, faulty drugs for obscene profits. That’s their entire business model, and the “science” journals are just the puppets that rubber stamp the faked science to create the illusion of scientific validity for toxic prescription medications that rarely even work.

The entire system of Big Pharma, the FDA, medical journals and so-called “science” is nothing but a pyramid of lies, an elaborate ruse to generate profits from the sales of products that harm far more people than they help.

All a grand conspiracy to murder blacks with depopulation vaccines

Much of the reason why Big Pharma and the medical journals conspired to publish fake, rigged data to destroy the evidence of hydroxychloroquine + zinc being able to save lives is because Big Pharma is gearing up to mass murder blacks with weaponized vaccines.

There exists an actual conspiracy plot to first cause millions of black Americans to be exposed to the coronavirus through the race riots, then to demand that blacks receive the vaccines first, out of a sense of “equality.” This was just announced by depopulation globalist Melinda Gates, who says “people of color” should be the first to receive the (unsafe, barely tested) vaccines.

Next, as all the black people are lined up like cattle, they will be injected with a race-specific mRNA vaccine that interferes with protein synthesis in ways that are preferentially destructive to the physiology of those of African origin. This will cause an explosion of autoimmune disorders, infertility and cancer among blacks, thus achieving the goal of depopulation and eugenics, which is the racist philosophy of mass death that underlies the vaccine industry (whose vaccines already target black babies with a 420% increased risk of autism compared to non-black babies).

This extraordinary, insidious conspiracy to exterminate black people using a plandemic, riots and vaccines is fully described in this shocking but true podcast that’s banned everywhere except Brighteon.com.