It is No Secret  by Stewart Hamblen  (video)

*Here is a Picture of me Lonnie Robinson sleeping on the streets of Miami as a Homeless Person—"before I sought God!

I am “A Living Witness” to the Absolute Truth—that Jesus is still Alive, and He is still working in the lives of His people today—“just as He did, back in the day!” *I'm 65 years old and I have been *Addicted to Crack-Cocaine, Alcohol and was Homeless. I was *Badly-Beaten, *Stabbed in the Head with a Hatchet, *Shot, *Struck by Lightning and *Badly-Mistreated for a Very-Long Time *I've counted at-least 6 different times in my life that I should have Died!...But God Stopped it!...

*I was an Alcoholic for (35 years), A Crack Cocaine Addict for (15 years), Helpless, Hopeless and Homeless for (10 years); 5 years sleeping on the Streets of Miami and underneath the Bridges, followed by another 5 years sleeping in an Abandon House. I use to “Dumpster-Dive”—Eat Food From The Large Garbage Can; The Dumpsters Behind Fast Food Restaurants & Supermarkets. *I hit Rock-Bottom and was “literally on my Deathbed” while I laid on the floor of that Abandon House surrounded by Urination and Defecation.

My Cardiovascular and Respiratory systems were beginning to Fail me—and out of Fear of being Found Dead, like this—I Desperately Sought God with all of my Heart, Mind, body and Soul!

I knew (from my friend) that the only way to get God to work in my life—that I first, had to go to and through—Lord Jesus! *Therefore—I Cried out to Jesus on My Knees! *I begged Him to save me!

After Praying for a few nights without seeing any signs that God Had Heard My Cries—God Woke me up in the middle of the Night!—“and He Saved Me!” *I Felt God—I Knew it was God! Because—I always went into the Abandon House at Night—Drunk & Feeling Bad, with Headaches and Stomachaches—Feeling Miserable! But after God Visited Me—“I Felt Brand New!”

I Thanked God all night, and early that morning I went to the Grocery Store where I would Begged for Drinks each Morning—To Get My Shakes Off—My Hands would shake uncontrollably until I had enough Alcohol in my system. *This morning Mr. Ralph, offered me a Dollar to go buy myself a Beer—as he always did each morning.

But I did not accept the Dollar This Time! Thank You Jesus!!!—This was the 1st time in my life—since I began Drinking at the age of 13—that I turned down an offer from anyone who wanted to buy/give me a Drink!
Mr. Ralph—asked me—“what about your Shakes?” *I laid my hands out in front of Mr. Ralph and let him see that My Hands were Just As Steady— as A Surgeon in the Operating Room.

I told Mr. Ralph that for several nights I had been Crying out to God to Save me—and God Heard My Cry—and He Saved Me! *That Morning I went to “Better-Way Of Miami”—A Residential Drug & Alcohol Rehabilitation Facility for Homeless People—and I haven’t had A Drink or Drug since that day, 15 years ago! Glory Be To God!!

I turned my Life & Will over to the Care of God—and The Devils Bondage that I was wrapped-up in, was Removed! “God has Miraculously Transformed my life—in the Most Profound Way!”

I went to "Better-way of Miami" a Residential Drug & Alcohol Treatment Facility for Homeless People! After I graduated from this program, I got a Good Job as a Security Officer Supervisor (Lieutenant) for a large Security Company with Government Contracts, because of my experience as a City of Miami Police Officer; then I wanted to go to college, and I did!

I Attended “Miami Dade College School of Justice” and I was older than my Classmates Parents, and most of my Professors! This did not stop me—"I had God with me!"

I Graduated from College with a BS Degree in Criminal Justice; Graduating at the ‘very-top’ of my class at the age of 56—“as a Straight-A student” I was awarded “The Annual Outstanding Academic Achievement Award” which is given each year to the Graduating student with the highest GPA! This Award—is the same as being-chosen The Valedictorian, in High School. "Glory—be to God!" 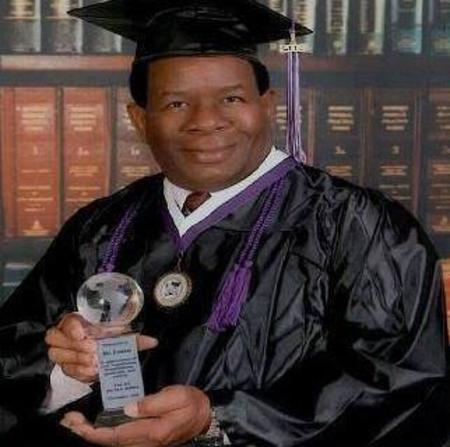 NO SECRET WHAT PRAYER CAN DO

*Here is a Picture of me Lonnie Robinson today at 65 years old and 15 years free from Crack-Cocaine, Alcoholism, Homelessness, Helplessness and Hopelessness!

God Miraculously Transformed my life—in The Most Profound Way! I give Him All The Praise, Credit and Glory! 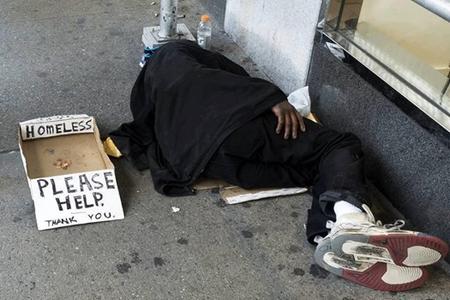 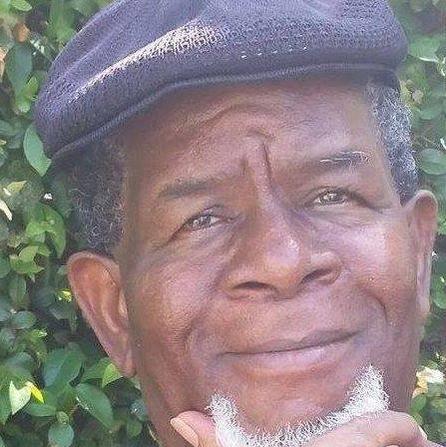 Jesus said "Behold, I stand at the door, and knock: if any man hear my voice, and open the door, I will come in to him, and will sup with him, and he with me.Type your paragraph here".  Rev_3:20

*Here is a Picture of me Lonnie Robinson Graduating from College at the age of 56, with a BS Degree in Criminal Justice, as a "straight-A student"—after I had turned my life & will over to The Care Of God!!

This Defies Logic! Medical Science, Psychiatrist and Psychologists suggest that—My Brain Cells—should have been Destroyed or so-Badly Damaged from Decades of Abuse—“that I should not have been able to graduate from College—much less—Graduate at The Very-Top of my Class as a Straight-A student?”
"I could Not have done it without God! "Glory—be to God!!!

Because of God—I have become a *Righteous, *Respectable, *Responsible, *Successful and *Productive Member of Society! Who is now 15 years Sober, Free, Very-Happy and Full of Joy!!! "Glory be to God!!!
Amen!

Before I turned my life over to The Care Of God...Some People use to literally call me A Piece Of Shit! *They Look At Me Now!...and they call me..."Mr. Lonnie!"

"I Do Not Have The Right—to Remain Silent!"
I am “A Living Witness” to the Absolute Truth—that Jesus is still Alive, and He is still working in the lives of His people today—“just as He did, back in the day!”