(All you need to know about Islam and Shariah)

Sharia Law  Islam's Sharia law is cast from the words of Muhammad, called "hadith," his actions, called "sunnah," and the Quran, which he dictated. The Sharia law itself cannot be altered but its interpretation, called "fiqh," by muftis (Islamic jurists) is given some latitude.
Hitler's Islam   Islam's Muslim Brotherhood was founded in Egypt in 1928 by Hassan al-Banna, a 22 year old Muslim who admired Hitler's hatred of the Jews and persistently wrote to Hitler to express his admiration and his desire for Hitler's Nazi Party to collaborate with Islam.
Muslim Brotherhood   The Muslim Brotherhood Movement (Hizb al-Ikhwan al-Muslimun) or simply "Muslim Brotherhood" or "Ikhwan" is the world's oldest, largest and the best camouflaged Islamic Jihadmovement.

Jesus preached peace and love for one's enemies: "You have heard that it was said, ‘You shall love your neighbor and hate your enemy.’ But I say to you, love your enemies, bless those who curse you, do good to those who hate you, and pray for those who spitefully use you and persecute you." (Matthew 5:43-44)

Palestine Issue   What exactly is the "Palestine Issue"?
According to Muslims, it is Israel's conquest of Palestineand repression of the Palestinians. Muslims claim that this Palestine issue and the West's unconditional support for Israel are the fundamental driver of the Muslim hatred and war against the West (see War Against Islam and Islamophobia). SEE MORE:
West Needs To Know   slam: What the West Needs to Know is a documentary that peels away the peaceful facade of Islam to expose its true nature. Everyone interested in knowing the true nature of Islam is strongly advised to watch Islam: What the West Needs to Know. Click for more

Is Google Anti-Christian, Pro-Muslim?   There have been growing indications that Google is anti-Christian, anti-God and pro-Muslim, but a smoking gun that proves Google is intentionally promoting Islam and suppressing Christianity had been elusive. (Read More)

MODERN-DAY PAUL: "I PLANNED TO KILL HIM; NOW I’M PREPARED TO DIE FOR JESUS"

February 12, 2019 by Lindy Lowry in Stories of Persecution

In Egypt, converting from Islam to Christianity is seen as a betrayal of your family and heritage. In Muslim families, any member who leaves their Muslim beliefs and upbringing subjects themselves to tremendous pressure from their immediate and extended family to renounce Christ and return to Islam. Some are locked up, others are isolated, tortured or even killed. Recently, our Open Doors team in Egypt met with a new believer who shared his awe-inspiring testimony of how God used his cousin’s conversion to remove the scales from his own eyes.

If it was, he knew he was obligated to protect his family’s honor. He knew he would have to kill the cousin he had grown up playing with on the desert lands of Upper Egypt. It was his family’s orders. It was why he had traveled so far from home to the capital city of Cairo.

The rumor was true. Mostafa found his cousin in a church listening intently. Quietly, he slipped into the seat behind Mohammed and waited for the service to end. But then he noticed something strange. The words he was hearing—the prayers, especially the worship—didn’t disgust him.

Instead, the lyrics of the songs touched him deeply, he says.

Mostafa approached his cousin with tears in his eyes.

He recalls his words to Mohammed that day: “I came all the way from our family’s village to spy on you and see if you had indeed become a Christian,” he said, wiping a tear from his cheek. “I should inform your family about what I saw, but I just can’t. I think the choice you made might have been the right one. Can you tell me more? Why did you leave Islam for Christianity?”

Surprised by his cousin’s question, Mohammed took Mostafa to his house where the two cousins spent the evening talking about the gospel. That night, Mostafa had a dream. He saw Jesus on the cross, looking at him and saying: “I did all of this because I love you, and I want you to be free from your sins.”

Mostafa’s vision is similar to what many Muslim converts describe. Many sources have reported the same phenomena. Dreams and visions like Mostafa’s are repeatedly cited as specific ways God reaches Muslims throughout the Arab world and beyond.

The next morning, Mostafa told Mohammed what he saw in his dream. He asked his cousin to pray together with him for his salvation.

Through tears, Mostafa screamed to God: “I planned to kill my cousin, Your follower. But now I am prepared to give my life for You myself.”

The following month, Mostafa was baptized with his cousin standing next to him. He hasn’t told his family that he and Mohammed are now followers of Jesus. Currently, the two young men are living as secret believers, following Jesus in the place He has provided for them.

Like many converts from Islam to Christianity, the cousins are choosing to keep their faith a secret. New believers in hostile places like Egypt hide their Bibles and connect to other Christians online or visit secret meetings. They follow Jesus’ teachings in their actions, hoping that how they live their lives will influence those around them for the gospel. Only when they think it’s safe do they share their new faith with others—in hopes that the underground movement of secret believers will grow.

Through local partners, Open Doors is in touch with secret believers all over the Middle East to help them grow in their faith and to stay strong under difficult circumstances.

DANGER OF MOSQUES IN AMERICA (Video) 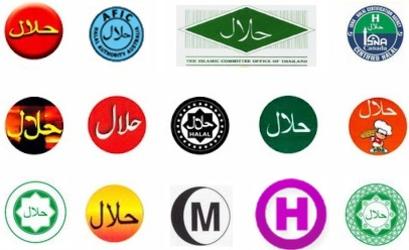 PragerU: The Muslim Brotherhood seeks to destroy Western civilization from within and establish a global Islamic state. Ami Horowitz exposes its plans within America.  VIDEO 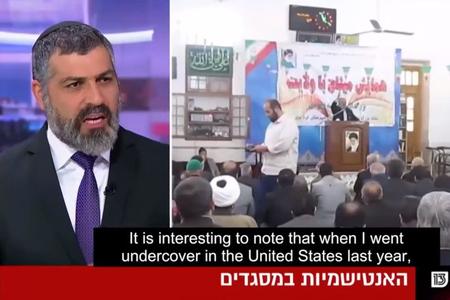 View My Stats
View on Mobile