Where are the prosecutions for Fast and Furious? 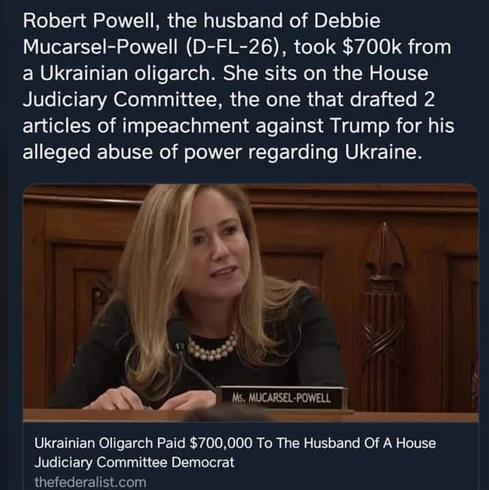 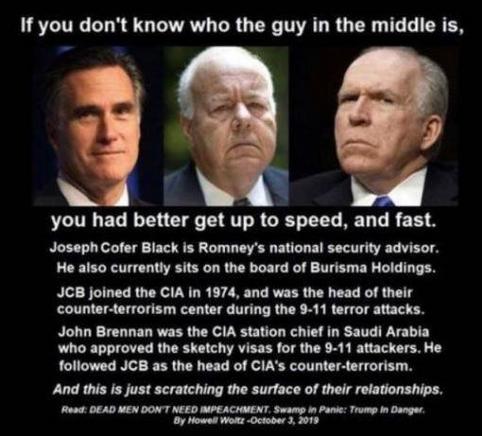 It's been about 10 years since the public discovered Fast and Furious, the gun-walking operation conducted by the ATF under the Obama administration. The ATF arranged for straw buyers to purchase guns from American gun stores and transfer them to arms traffickers who would give them to drug cartels in Mexico. Ostensibly, the ATF would then track down the cartels. But they lost track of the guns, and some were used to kill Americans. So, where are the prosecutions of the Obama officials who ran it? The victims and their families have never received justice – and those families looking into it and speaking up.

The corrupt program initially received a lot of attention in 2010 after Border Patrol Agent Brian Terry was murdered by a drug cartel. Guns transferred to Mexico from Fast and Furious were used to kill him. But the government has refused to provide the Terry family with full details of what happened, including Terry's last emails. According to his brother Paul Terry, the family has a lawsuit against the government that has been ongoing for years.

Dawn Hobson's son William Neil Anderson showed up dead shortly afterwards. Anderson had worked with Terry and had gone to his family after he died and let them know that what the government told them about his death wasn't true. Hobson had a hard time time finding out how her son had died until she saw the death certificate, which said fentanyl poisoning. But that made no sense, since her son was very opposed to drug use. She had a medical examiner and some law enforcement agents examine the body, and they said he was murdered. There was evidence of strangulation and asphyxiation. They think he was murdered by someone he worked with. Unfortunately, they are too terrified to go public about it.

Other victims include gun shop owners who were badly mistreated by the ATF, as the agency tried to cover its tracks. Wesley Felix helped his uncle and brother run a gun shop in Las Vegas. The ATF sent in a confidential informant, Julianne Shields, to try and take over the shop. She bought guns under the shop's Federal Firearms License – even though it had expired. Shields and the ATF stole over 2,000 guns from the shop, totaling $3.5 million. The ATF placed a tracking device under his uncle's truck. They detained him for 28 months, even though he hadn't been convicted of anything, claiming he had been carrying a gun concealed without a permit (which was ridiculous considering he had a FFL). Felix's brother reported the theft of the guns to law enforcement. But little was done, and the ATF closed the investigation. However, some of the ATF agents logged into their Yahoo email accounts from the shop's computers and forgot to log out, so Felix has documentation of much of their activity.

Ian Garland, another gun shop owner, says Fast and Furious ruined his life. Officials from Mexico came to his shop to buy guns. He notified various law enforcement agencies. They did not respond with any concerns. At one point, a customer tried to buy a gun without a background check. He told the ATF. It turned out it was a confidential informant trying to entrap him. Another guy from the U.S. Marshals tried to buy a gun with a fake ID. Suddenly, the ATF started spying on him. Finally, he was accused of selling machine guns, arrested and locked up for over 400 days in solitary confinement. He lost his house, his possessions and all of his animals died.

Mike Detty also owned a gun shop and ran into problems with the ATF. He tried to work with the ATF, thinking they had good intentions. He wore a wire so they could listen to his transactions with suspicious customers, believing the ATF was going to follow up and trace the guns to the cartels. But instead they hacked into his computers and deleted files and emails that had been exchanged between him and the agents. They leaked his identity as an informant, putting his life in danger. He said the ATF lied to him about getting cooperation from the Mexican government. As a result, prosecutions will be difficult.

Jeffrey Peterson founded a technology company involved in the internet and the Spanish language in Arizona. Due to the nature of his company, he found his way into Janet Napolitano's inner circle back when she was governor of Arizona, serving on the governor's Arizona-Mexico Commission. He says her inner circle became known as the "Arizona mafia" and was involved in Fast and Furious. One man in her inner circle was Dennis Burke. He became the U.S. Attorney in Phoenix. He was forced to resign over Fast and Furious. Peterson met with him one day when Burke was visibly chilled. He told Peterson that he thought he was going to prison and "we're guilty as sin." But nothing ever happened.

Victor Avila served as a special agent for ICE along with Jaime Zapata. The two were ordered to go down a dangerous road where they were attacked by a drug cartel. Zapata lost his life. Avila lived to tell what had happened, but only after being shot three times. Two of the weapons were linked to a gun-walking operation out of Texas. The ATF identified the arms traffickers and had opportunities to arrest and prosecute them. But instead there was a cover-up by the ATF. The cartel members weren't arrested until Zapata's death became well-known. Those investigating have been stonewalled; their FOIA requests are denied or heavily redacted.

It's not a partisan effort that is trying to bring this corrupt operation to justice. Many of the people coming forward now about Fast and Furious are Democrats, because they served in the Obama administration and became upset with what they were seeing.

Many of the officials involved have been promoted or transferred. The Department of Justice needs to conduct an internal investigation and determine which officials were responsible for this horrible operation, and then prosecute them. It's reported that the DOJ under William Barr is finally looking into it. President Trump told the mother of Brian Terry that he will look into what happened, but admitted that Fast and Furious was bigger than people thought. The victims are having a hard time proceeding with lawsuits since Obama marked much of the documentation as classified so unreleasable.

For more information, check out the work of investigative journalist Ann Vandersteel, including a press conference that was held last year addressing this. 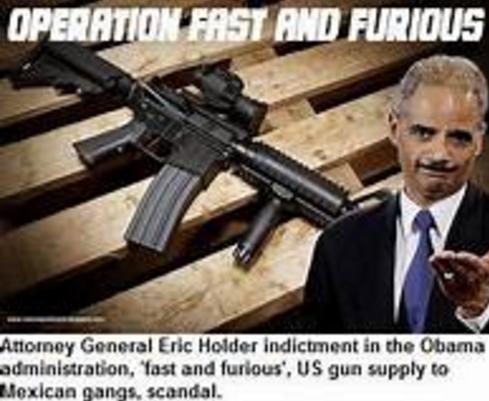 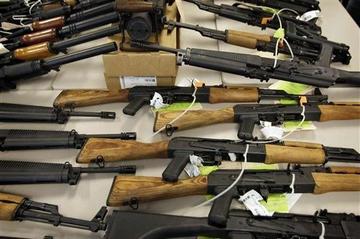 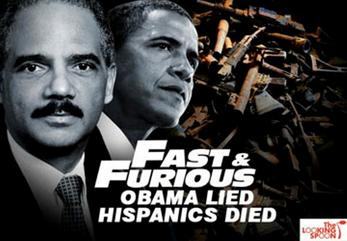