The Intelligence community is largely staffed with Technocrats who have no ethical boundaries when operating outside of the law. Hacking into computers to flip votes is a previously established fact, but is not being discussed during the 2020 election debacle.

That Obama’s former Director of National Intelligence James Clapper and his Director of the CIA John Brennan are part of the proverbial “Deep State” is an understatement. They are on record as hating Trump with a passion and have stated their willingness to do anything to scuttle his chances of reelection. The big question to ask now: Is The Hammer and Scorecard or its modern derivative in operation today? ⁃ TN Editor

In February 2009, the Obama administration commandeered a powerful supercomputer system known as THE HAMMER. THE HAMMER includes an exploit application known as SCORECARD that is capable of hacking into elections and stealing the vote, according to CIA contractor-turned-whistleblower Dennis Montgomery, who designed and built THE HAMMER.

SCORECARD is now being activated to steal the vote on behalf of Joe Biden once again. Biden utilized THE HAMMER and SCORECARD while running for Vice President in 2012. Votes are again being stolen on Joe Biden’s behalf as he runs for President of the United States in 2020.

This time, SCORECARD is stealing votes in Florida, Georgia, Texas, Pennsylvania, Wisconsin, Michigan, Nevada, and Arizona, according to Montgomery.

SCORECARD steals elections by tampering with the computers at the transfer points of state election computer systems and outside third party election data vaults as votes are being transferred.

SCORECARD uses a prismatic scoring algorithm that Montgomery created, to achieve the desired results by those that control THE HAMMER and SCORECARD. 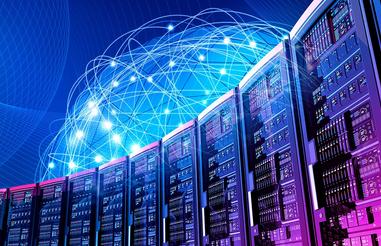 During an interview on Fox News with host Maria Bartiromo, attorney Sidney Powell dropped a massive bomb as she laid out the legal battles that the Trump campaign faces in the coming weeks.

Powell claims that she has "identified over 450,000 ballots that miraculously only have a vote for Joe Biden on them and no other candidate."
sponsor

"There has been a massive and coordinated effort to steal this election from We The People of the United States of America to delegitimize and destroy votes for Donald Trump," Powell said on Fox News. "To manufacture votes for Joe Biden. They’ve done it in every way imaginable, from having dead people vote in record numbers, to absolutely fraudulently creating ballots that exist only for voting for Biden. We’ve identified over 450,000 ballots that miraculously only have a vote for Joe Biden on them and no other candidate. If you look at Florida where things were done right you can see that that is how the rest of the country should have gone. But they also used an algorithm to calculate the number of votes they would need to flip. And they used computers to flip those votes from Trump to Biden and from other Republican candidates to their competitors also."

This isn't the only recent bomb that Powell has dropped. During a bombshell interview with Fox Business host Lou Dobbs, Powell called for an investigation into electronic ballot systems which may have changed "3 percent of the vote."

"I think they need to investigate the likelihood that 3 percent of the vote changed [due to] preelection ballots collected digitally by using the Hammer and Scorecard programs," she said during the interview.

"I think Hammer and Scorecard were used by Democratic operatives who had access through government access points," she added. "They used them to illegally change votes. It's been used against other countries. It's just been changed recently [to be used] against our own citizens."

This was shared with me and I'm sharing here:

Ok....let me clearly explain what’s going on. I have an unfriend button that you are more than welcome
to click BTW: because this is going to make many of you extremely angry (which is fine & will prove this post anyway)
I am in shock right now by so many of you celebrating as if Biden has won. It makes me sad that you are so extremely uneducated in American law. But it’s not just Dems....Republicans are flipping out as well. Guys! Learn our LAW.
I just got off the phone with my cousin, Brett Farley. (many of you know him) Brett has a Masters in Government and a PHD in Political Theory. He was also in leadership of 2 presidential campaigns and was recruited by the Trump campaign in 2016 to help lead the primary operation. This isn’t something I am copying and pasting or sharing. This is factual.
1st...the winner of the President is not official until the electoral college meets and casts their votes. Until that happens, it is not final....regardless of what the MEDIA tells you. Every single one of you on fb are getting your info from the media. Think that through! The electoral college can’t decide anything because there are lawsuits and the court proceedings must take place first.
2nd....Court proceedings are GUARANTEED to happen in Michigan, Wisconsin, Georgia and Pennsylvania, and possibly Nevada and Arizona. But as of now they are GUARANTEED to happen in those 4 states. The SCOTUS won’t allow any litigation to proceed beyond inauguration because that would be a constitutional crisis. So they’ll make quick decisions. This is not a conspiracy theory or something to fact check. BTW....fact check is being sued as well. This is FACTS.
3rd....The Supreme Court is already reviewing the ballots in Pennsylvania so we know AT LEAST Pennsylvania will be handled by the Supreme Court. (thank God for Amy Coney Barrett and p.s....Trump knew this was coming & is why he pushed so hard to get her confirmed before the election, and also why the Dems pushed so hard to NOT have her confirmed)
With the facts stated above, there has been no president elected. Also, after Trump gets finished exposing and retaking the election, he will then deal with the media. The media will never be the same when he is finished. This isn’t about Republicans or Democrats. This is about the single worst fraudulent election in the history of our great nation and for that to not terrify every single one of you is beyond me!!! It has corrupted our entire voting system. It has already been proven that there was fraud. Again...this is factual.
This isn’t about being a sore loser. The Republicans dealt with Obama for 8 years. We may not have been happy, (just like many weren’t in 2016) but it was FAIR and done correctly through our voting system. If you are serious about how the system works then this is how it works!
I am also not sharing this to be “high and mighty” or “always right” or not “compassionate”, which are things I’ve been called in the last few weeks on social media. I am sharing this because I DO have the facts and this IS how our legal system works.
Now....I can also guarantee (with almost 99% certainty) that when Trump does succeed we will have a civil war. The Democrats started the Civil War in 1861. Again, that is factual....not an opinion as far as who started it. It is simply my personal OPINION about this country having another civil war when all this goes down. Cities will burn and our country will never be the same. The media and Biden will come out and say “Trump is a horrible man”, “Trump couldn’t stand to lose” etc etc and just as you have already been blindsided and brainwashed, you will again jump to rioting and burning down cities. It is terrifying to think I may have to remove my American Flag, religious figures and conservative signs from the outside of my home and vehicle just to make sure I am not attacked, robbed or vandalized. These things WILL happen. It’s a disgrace. However, it won’t happen for long! Trump will send out the National Guard and it will stop.
AGAIN....this is not my opinion or false information.
Many of you know the strong political and military ties my family has. Many of you know the million dollar price issued on Steven Farley’s head when he was sent by President Bush to help the Iraq government build their system back the American way. They succeeded in killing him. My point in adding that in is to possibly get many of you to understand that this is all factual information. (you can google “Steven Farley Iraq” and all of his story comes up. This is my immediate family. Again....not something I am just theorizing.
Save my post! Take a screen shot so that you may look back at all of the above as it unfolds.