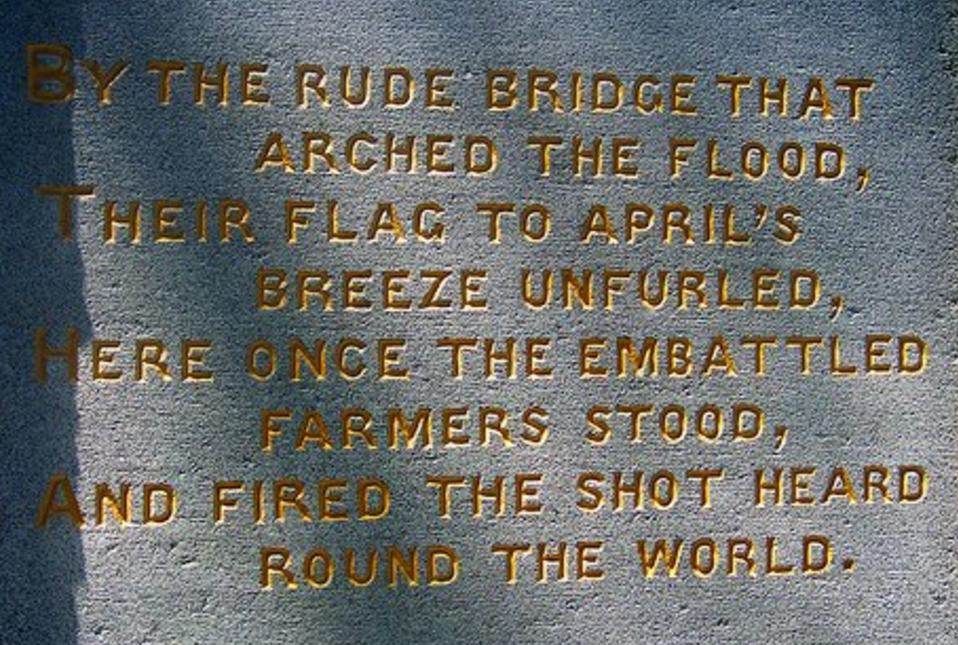 The Best Seller of all Time

A two-page condensed Expose’ of the Exceptional Christian History of Western Civilization and the United States of America, by Apenniesworth. (5 min. read)

Many Martyrs gave their lives in the 14 and 1500s wrestling the Bible from the hands of concentrated power. Kings, Priests, and Aristocracy held absolute rule over the common person, we were just serfs and peasants, there was no autonomy (The right to choose how one would live their own life or what they would think and believe.)

In 1384, "The Morning Star of the Reformation", John Wycliffe wrote in the prologue to his translation of the Bible, “The Bible is for the Government of the People, by the People, and for the People”. (A very famous phrase adopted by Lincoln at the Gettysburg Address) The public gaining access to the Bible ended much illiteracy because everybody wanted to read the Word of God for themselves. In 1440 Johann Gutenberg, a devout Christian, revolutionized printing with the movable type printing press and delivered the first printed book the Bible to the common person fueling the Reformation of the 1500s.

In the early Modern Era (1600s) they found the Bible to be rational, logical, and natural, therefore they reasoned if God’s Word is rational and logical his creation must be rational and logical, and we can come to rational and logical conclusions about the world we live in. (Baconian Principle). These concepts fostered the birth of science and the end of much superstition, religious or otherwise. This Ideal facilitated many great Christians at the foundations of our Western Tradition: John Locke the Father of Classic Liberalism, (individual rights, property rights, religious tolerance and free markets). Sir Isaac Newton the Father of Physics and author of “Philosophiæ Naturalis Principia Mathematica” still thought to be one of the greatest works of all time. Sir Francis Bacon the Father of the Scientific Method. Sir Robert Boyle the Father of modern Chemistry, The Reverend Thomas Reid the Father of the Intellectual movement called Scottish Common-Sense Realism. (Influential for 200 years plus in the West) The Reverend John Witherspoon disseminated Realism into American thought. He was the President at Princeton University, Signer of the Declaration of Independence and teacher of many of the Founders of our Nation including James Madison. All these fountainheads quoted the Bible and defended the Faith.

The Pilgrims in 1620, a congregation of Separatist seeking freedom of religion ventured to the New World. They tried communal living and their governor William Bradford wisely gave up on the idea before they all starved to death and instituted private ownership. Their Pastor William Brewster also produced the Mayflower Compact, one of the first attempts at self-governance and democracy in our country.

The Reverend Thomas Hooker who some historians called the “Father of American Democracy” put forth unprecedented democratic principles that inspired ideas of individual rights, such as: "due process of law," "trial by a jury of peers," "no taxation without representation" and prohibitions against "cruel and unusual punishment." He was instrumental in the creation of the first constitution, “The Fundamental Orders of Connecticut” in 1639. It later became a model for all other constitutions in the colonies, including the United States Constitution.

The Reverend John Wise also said to be the Father of American Democracy by some historians of the past wrote “A Vindication of the Government of New-England Churches” in 1717 and many pamphlets in the early 1700s. Before and during the struggle for Independence his material was reprinted and circulated. Thomas Jefferson included many of the Rev. Wise’s concepts in the Declaration of Independence. The Rev. Wise demonstrated from the Bible that; God created all men equal and every man must be acknowledged by the state as equal to every man. The end of all good government is to promote the happiness of all and the good of every man in all his rights: his life, liberty, estate, honor, etc. The consent of the governed is the only legitimate basis for government. Taxation without representation is tyranny. Many of these are part of what was called Natural Law, Self-Evident Truths, and Natural and Unalienable Rights.

The "First Great Awakening" a Christian grass roots movement of the Mid 1700s solidified the Idea of freedom of Conscience. They reasoned that the government or even the church could not stand before God for you so a person’s moral and religious decisions were personal, and the government should stay out of it. This prevailing belief that there would be a day of reckoning also stifled much corruption in our religious self-regulating culture. They added the fact that Jesus let people accept or reject his message and never persecuted anyone that disagreed with him to bolster their argument for tolerance and disestablishmentarianism. Jesus's teachings were thought to be perfect Natural Law especially the "Sermon on the Mount" even by non-believers and Deists throughout history, Immanuel Kant for instance (An influential philosopher).

During the revolutionary period the Black Robed Regiment (Preachers) preached fiery sermons "Rebellion to Tyrants is Obedience to God" and “No king but King Jesus”. The shot for freedom heard around the world was said to be fired in Lexington, Massachusetts where the towns militia from the local church and their Deacon the famous Captain Parker fought.

The "Second Great Awakening” another Christian grass roots movement of the 1790s placed greater emphasis on man’s ability to change their situation for the better. In the belly of humanity, contemplating equality, liberty and freedom the worldwide practice of institutionalized slavery was questioned for the first time in history by government. In 1777 the State of Vermont became the first sovereign state to abolish slavery. All the Northern States abolished slavery with-in 20 years of our Constitution and fought and won a war that ended it nationwide with-in 80 years, remarkable compared to the history of the world. Out of this Christian movement came the “Benevolent Empire” in which women also became highly active in the cause of social reform and were considered a partner rather than subservient to men. The Reverend Charles Finney President of Oberlin College and influential in this movement was one of the first to give degrees to minorities and women in the early 1800s and worked in the Underground Railroad to free the slaves. The schoolbooks in America were full of Bible TRUTHS from the New England Primer to McGuffey’s Readers to Webster’s Blue-Back Speller for 300 years! The bestselling law books were also full of Biblical references such as Blackstone's commentaries on English Law and Locke's two Treatises on the Law.

After the Civil War the “Social Gospel Movement” was born. They believed Christians should work for the betterment of humankind. You will recognize many names of organizations still around from this period like the Salvation Army and the YMCA (The birthplace of the Christian sports Basketball and Volleyball). They were heavily involved in the Progressive movement, fought for child labor laws, unions, and women’s rights, and were still active into the civil rights era of the 1960s on both sides of the political aisle. The Supreme Court in a unanimous decision declared that the historical record demonstrated that the United States is a Christian nation. (A Christian People) (Holy Trinity v. United States, 1892) If the founders were not Christian then why did all the States require a profession of Christianity to hold office, some even until 1961? (Not that I agree with Religious tests)

Post Modern academics believe they can reshape our “repressed primitive animal natures” and create a Socialist Utopia through the power of education. They would free us from slavery to the "Industrial State" to enslave us all to a Cookie Cutter Equality, Inefficient Bureaucracy and Big Government Elitist getting rich on our tax dollars and telling us all what to think, believe and how to live. Cultural Marxist believe that they can control thought through controlling language thus Political Correctness was born and History shapes culture so our heritage must be defamed. They hate the Bible because it promotes many western norms and morals that are directly opposed to the Current Intellectual Oligarchy's Post-Modern Existentialism, Neo-Marxist Critical Theory, Dialectical Materialism and Legal Positivism. Ever since the self-regulating effects of the Bible and God have been pushed from the public forum every bad statistic imaginable has gotten extremely worse from record STDs to 800% increases in incarcerations, Drug Abuse, Overdoses, Divorce, to Suicides just to name a few, but they still push their Godless agenda forward no matter the consequences! Historically just compare the restraint of the Christian Lockean American Revolution to the Bloody Secular Rousseauian French Revolution of the same era which the intellectuals idolize that ended in despotism, starvation and death! (As ALL the many Socialist experiments have!) These differing philosophies have clashed throughout history, you could even say the Two World Wars and the Cold War were fought over these differing concepts of government. Now we fight this battle of ideas from with-in!

Read the Best Seller of all Time and year after year the life changing Bible. Start your journey in the Gospel of John and the book of Romans to get started, they will give you an idea what the Bible is all about, the love of God and the redemption of humanity. 1st Corinthians 15:1-4 condenses the whole message. Faith in this message will open the door to true freedom.