I live on the border with Mexico. As a matter of fact, I live right on the edge. I was raised in Nevada and came to Arizona in 2003 to live. I have a house in both states, but have owned a business in Yuma since 2008 and spend the vast majority of my time in Yuma.

There is absolutely nothing between the the subdivision I live in and the Mexican border, except for Mesquite, Creosote Bush and cactus.

I have lived here before we secured the 126 mile Yuma Sector with barriers and fencing in 2008 and after. The capture of illegals dropped from 136,000 to less than 9000 in one year, in this sector alone. The car pursuits stopped, the chases stopped, shootings decreased, drug smuggling was significantly reduced, crime rates in our county dropped, the number of immigrants dying in the desert stopped. The safety and lives of those of us who live here have improved greatly.

Imagine wanting to spend a fun day in the mountains around your home and passing one of these signs which are everywhere and are posted by the Government of the United States. Your out on your four wheeler and a Yuma county deputy on an ATV stops you to recommend that you not be in these mountains unless you are armed and warns you to be careful.

Now you people, who live miles away from these dangers, can all act like experts on border security and listen to whatever bullshit the particular politician you like is spewing, but the truth is we live in a very dangerous area and it doesn’t have to be this way.

Americans have been promised a secure border from both political parties for four decades and very little has been done.

I don’t care if Peter Pan, Tinker-bell, or Bozo the Effing Clown is supporting building a wall, we need it. You wall experts who live nowhere close to the Mexican border need to get your heads out of your rear ends and get a clue!

(All about the wall) 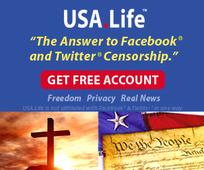 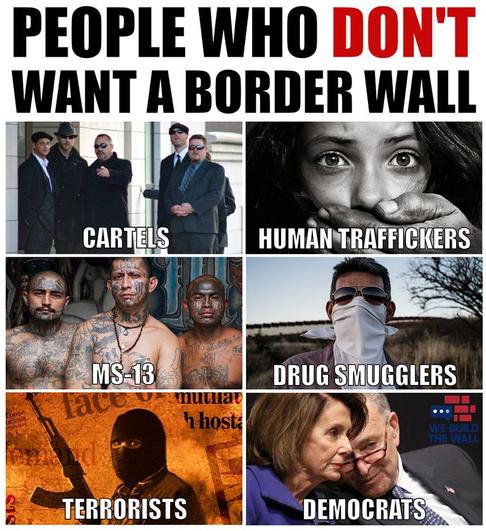 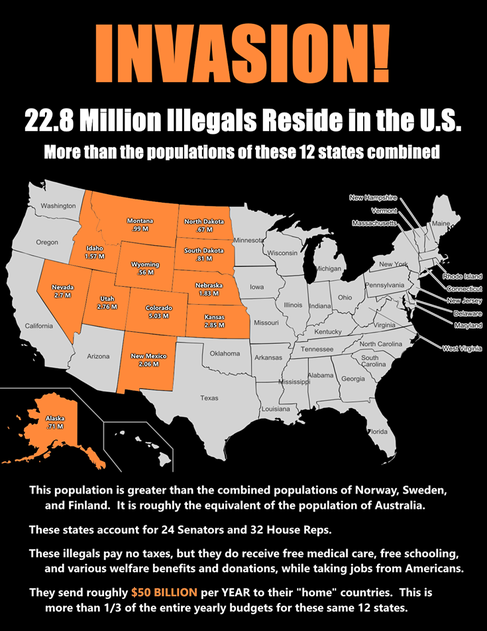 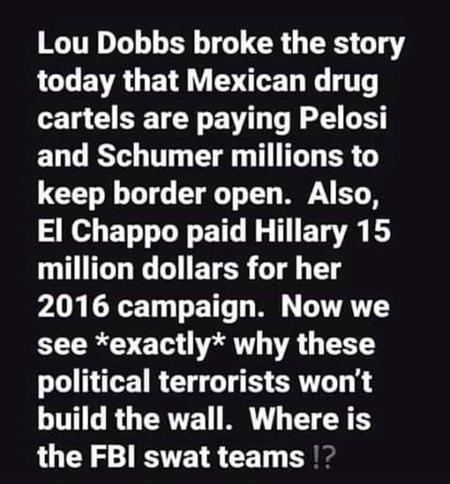 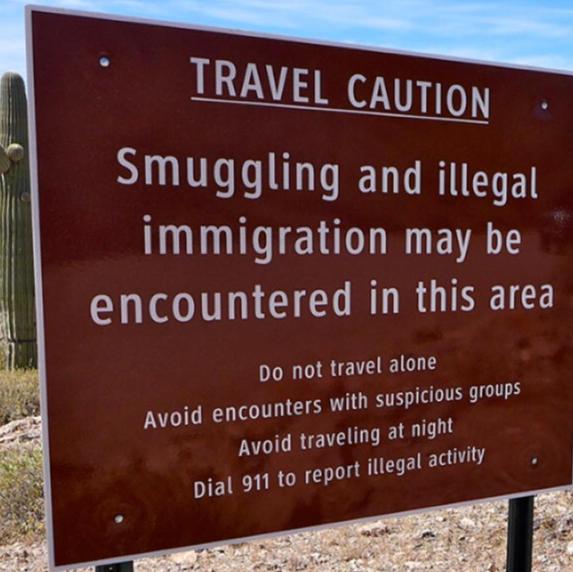 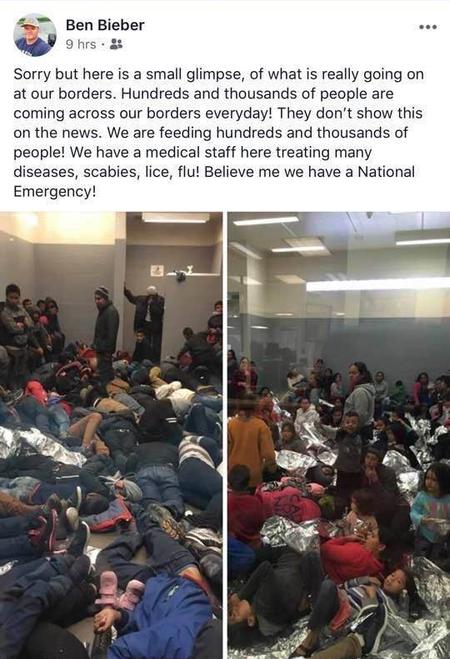 3/6/19 - Making dinner tonight, the phone rings, it's our dear friend and neighbor calling from his SAT phone. He found yet another 'trespasser' inside of his house...this time sleeping in his bed! Dave was off from work and home this evening, thank God, and I quickly passed the phone to Dave who quickly hung up and grabbed his gear and pistol and ran out the door. It wasnt long before I saw him blazing back by our gate with the 'trespasser' handcuffed in the back of our side by side headed towards the highway.

It wasn't until Dave got home that I was informed this guy was from Ecuador and was determined to be in the U.S. illegally. He initially refused to get out of our neighbor's bed when asked. And when he finally did, he ignored our neighbor and his ranch hand's requests and causually helped himself to a coke and crackers!!!!! I can't even fathom the pure arrogance and ignorance!!! Ridiculous! Dave was able to remove him from their property without any issues and drove him to an awaiting BP agent who was on his way down here.

And then we found out that our other neighboring ranch (the same ranch that had the jeep stolen off of it last yr by a 'trespasser') had 'trespassers' inside their place yesterday also. When a BP agent went inside to get them, he found one of the 'trespassers' completely naked sleeping in their bed! Who in the hell does that?! I just don't understand who and how people can literally break into someone else's place, help themselves to everything and anything and then strip down and crawl into their beds! It is just beyond disturbing to me!

And check out his 'side eye'!!! I don't have enough patience, tolerance or middle fingers for this guy! And I commend our neighbor and his ranch hand for keeping their cool in such a situation. I'm so glad he didnt find his way a little further down the rd.

Just another day living on the border 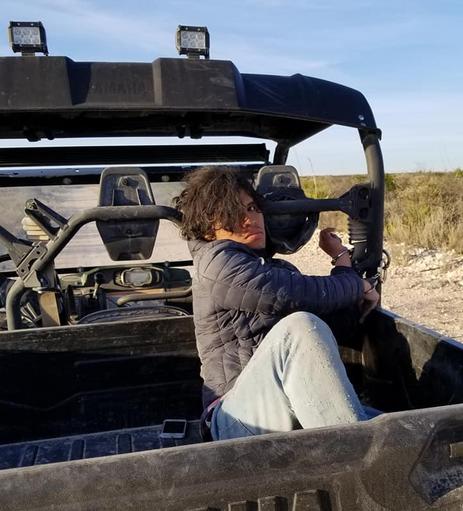 ***But since Trump came in office it has stirred a hornets' nest and we have had more arrest than we have EVER SEEN and we have more leads stirred up than we have ever had in our history of investigation. You may not like his personality. Maybe you don't like the booming economy. Maybe you don't like his past sins. Maybe you can't stand his twitter account . . .. but we in trafficking take our hats off to him. Sometimes it takes a narcissistic profile to strategically disrupt (trafficking terms). If he does NOTHING else . . . he is winning the human trafficking space. and that is enough for us.
We need the WALL. This is a Texas thing and I wish we didn't have to rely on Feds to determine what we did with our borders but alas . . .it does. If it was determined by us Texans . . .a bunch of motorcycle clubs and hunting clubs would have already built the ....WALL. . .anyway . .we can afford it . . .we have more oil than you can shake a stick at. . . . 😉
ADDITION:
OUR GOVERNMENT SELLS OUR CHILDREN. What are we not comprehending about this. We can't just increase border agents because as the Obama Admin minimized our military he also did it to our border. Border Agents sue for workman comp and violence. WALLS can't be minimized, changed, redirected, bought, bribed, nor can they sue. Politicians do NOT want a wall or we would have had one when Schumer and Pelosi were screaming for one in 06 and begged for 25Billion. It took a NON-politician to figure this out and do something. (verifies statement about Dems being for border security in 2006~
https://goo.gl/kV8Np5
To those that want the WALL but don't want to pay for it. That is like me saying I don't want your kids kidnapped but if I see it happen outside my window, say, "Don't involve me!" ...But you will shop Amazon and buy starbucks. Sounds legit. ~ Amy Coello

JUST ANOTHER DAY ON THE BORDER